“What arrives to us here, in full face, unexpectedly, it is not the usual matter of curiosity […], this precious booty, it was not within the reach of an ordinary tourist, or even to an ethnologist of the usual model, to conquer it […] Pierre Verger does not say all, and does not show all. For he is also a wise man.”

In Western culture, the Voodoo religion has long been considered as a web of bloody and evil superstitions. We have allowed ourselves to categorise Voodoo in the same way as magic or witchcraft, relegating Voodoo cults to the rank of primitive, ancestral, entrenched practices. However, Voodoos are contemporary to us. Established since immemorial times, they coexist alongside Christianity and Islam. Its “pantheon” includes the main figures of Mawu-Lisa, Hevieso, Sakpata and others surrounding them, such as Egu, Mami Watta, Dan and Zangbeto.

“Miserable forms of art” (Georges Bataille), the Voodoos are these soft, dripping, ill-defined forms, with a vaguely anthropomorphic silhouette, drowned in a magma of crusted matter made up of an accumulation of various objects, all of which shine under jets of oil, water, blood, alcohol and spittle.

Photography leads us straightly to the heart of things through the concrete singularities it can pictures and by its proximity to the ritual. Voodoo, in Catherine De Clippel’s photographic experience, refers to the optical idea of the hole, of an orifice set up in the darkroom. A place and a moment, a sensory experience that must be intentionally and effectively renewed in order to ward off external threats. What difference do we find between the dark room and the closed enclosure of voodoo? In both, people, whether Western or not, seek appeasement and therapy and long to find the harmony of an always fragile and subjective world.
If the facts are obscure, they are no less stubborn. They appear, fruits of chance and daily observation, and accumulate, orphaned, before finding their place in an organized discourse, temporarily. Visual anthropology builds its object in the mistrust of the word to inscribe others. More accurate, for a time, because closer to the

Catherine De Clippel (born in 1940 in Aalst, Belgium) is a photographer, director and producer of documentary films. Founder of Acmé films, she follows anthropologists Marc Augé and Jean-Paul Colleyn, and co-produces, with Arte, INA and RTBF, a series of films on animist practices in Africa, Brazil, Venezuela, Pakistan and India since the early 1980s.

The documentary series Vivre avec les dieux, meaning “Living with the Gods” takes her on a journey mainly across Togo and Benin to discover Voodoo, which she has been photographing since 1988. From 2002, her work is exhibited in international institutions: Museum d’histoire naturelle in Lyon, Museum Rietberg of Zurich, Mudec in Milan, Milwaukee Art Museum, Post Vidai Contemporary Art Collection in Hô Chi Minh City. Catherine De Clippel shows her photographs at the musée de l’Homme alongside those of ethnologist Jean Rouch (Paris, 2017) and at the Fondation Cartier pour l’art contemporain (Paris, 2019).

In Benin, in 2019, she pursues her research around Voodoo and collaborates with the visual artist Dominique Zinkpè as part of an exhibition at Le Centre gallery in Abomey-Calavi. The publication Vivre avec les dieux, co-written with Marc Augé, Jean-Paul Colleyn and Jean-Pierre Dozon, was issued by the Maison des sciences de l’homme in 2019, followed by Photographier les vodous, Togo-Benin 1988-2019 (Paris, Maison des sciences de l’homme, 2020).

In 2022, the Mougins Center of Photography dedicates a solo show bringing together still and moving images from the Voodoo series shot in Togo and Benin. 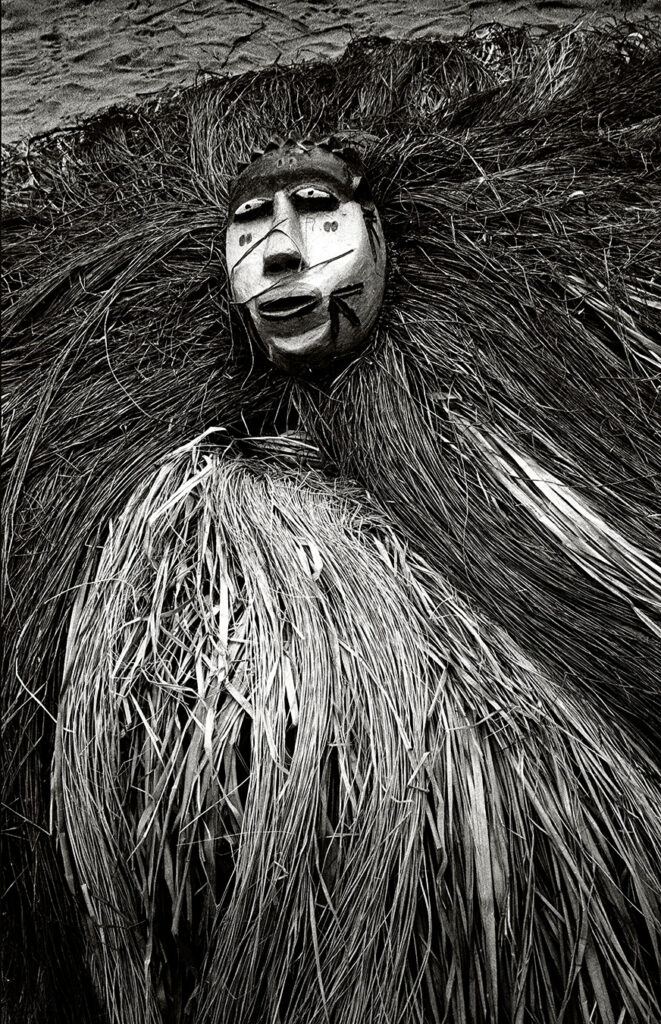 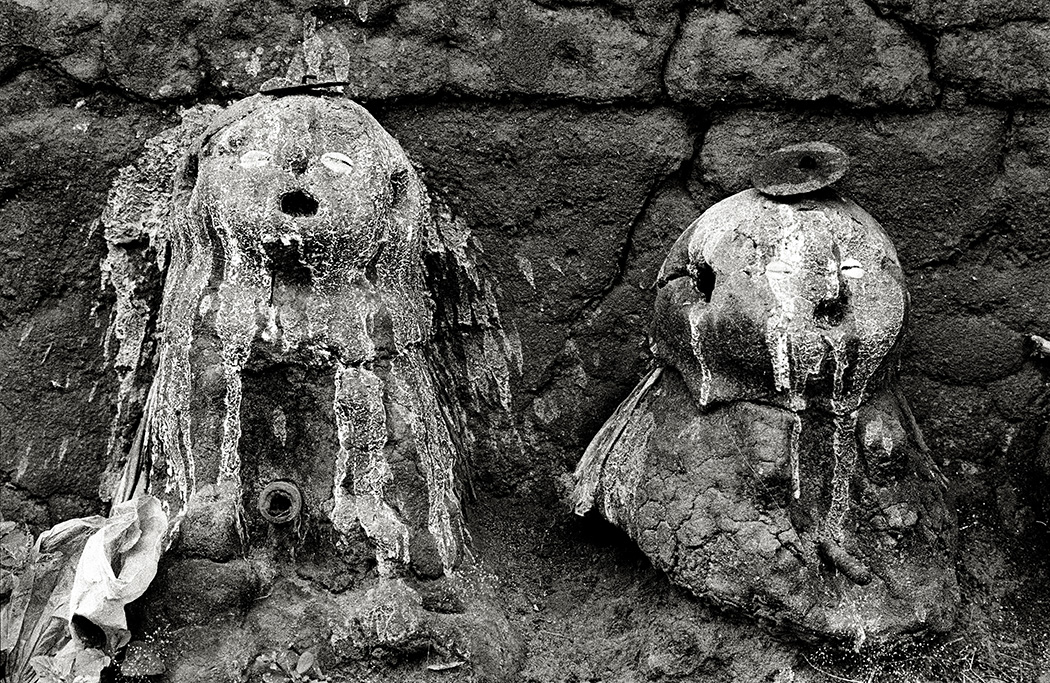 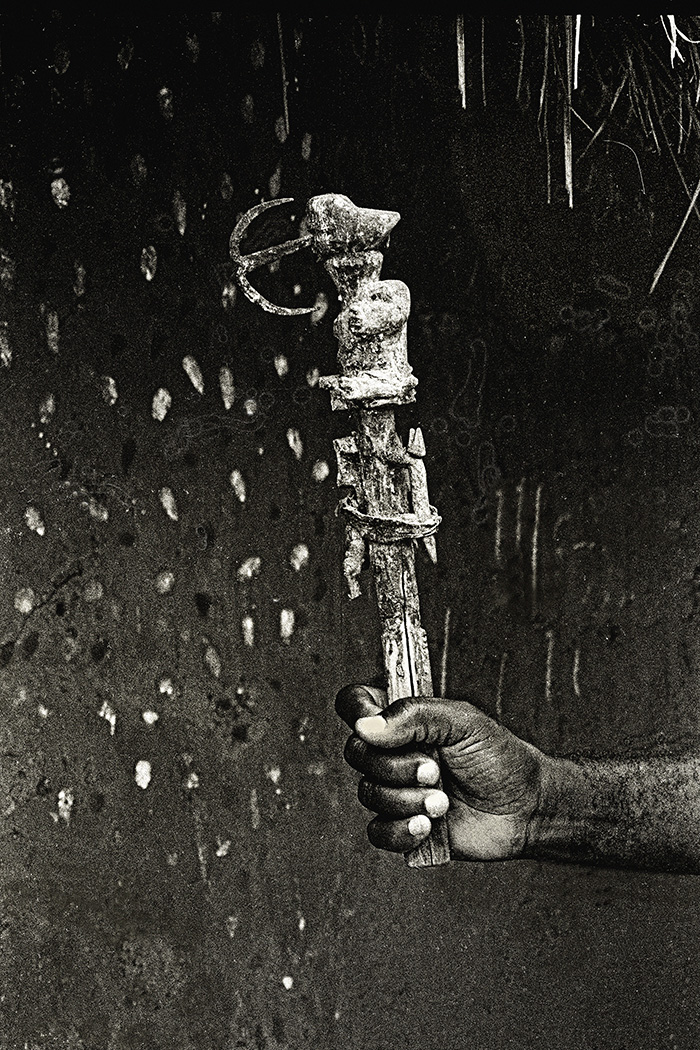 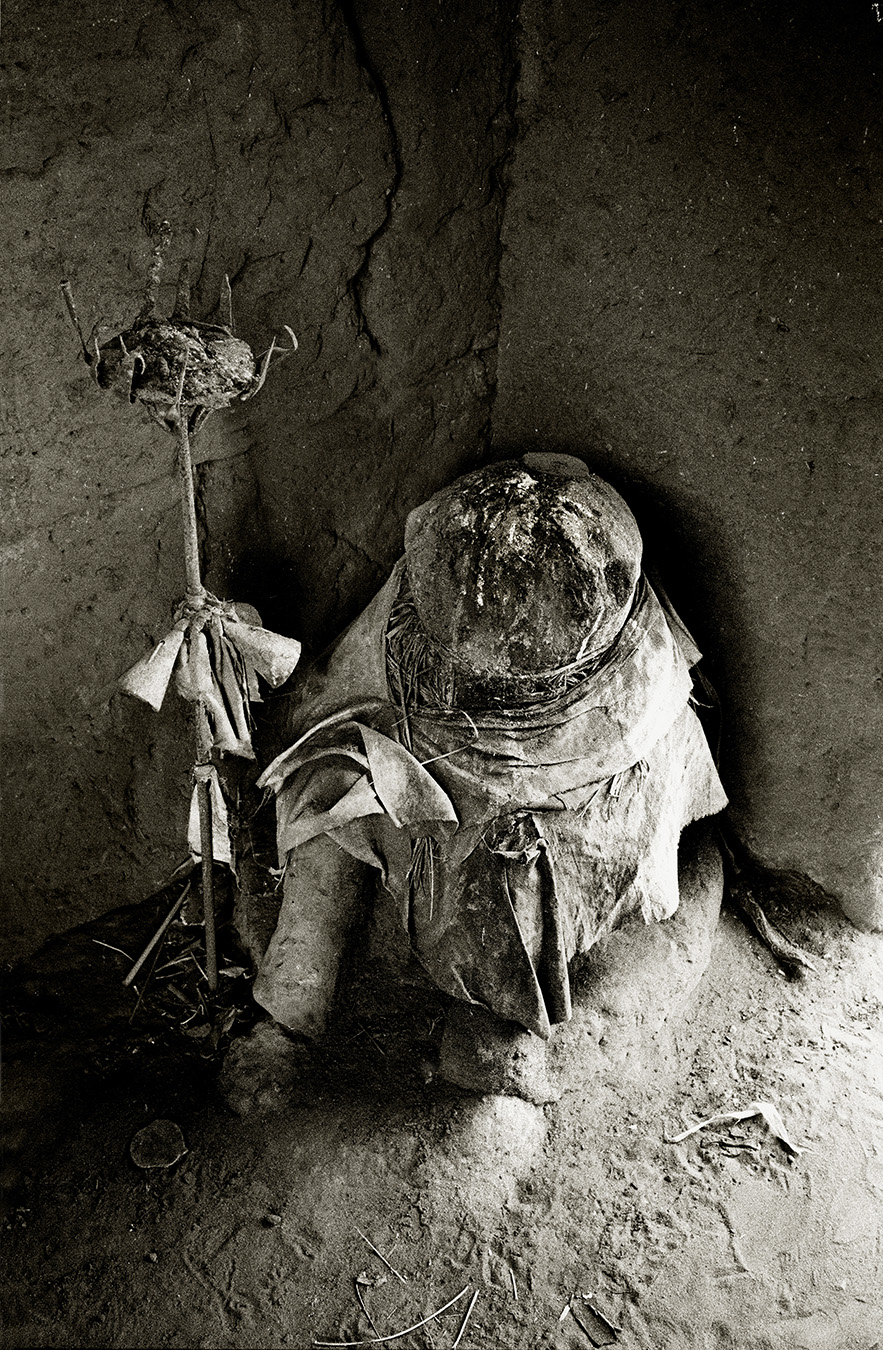 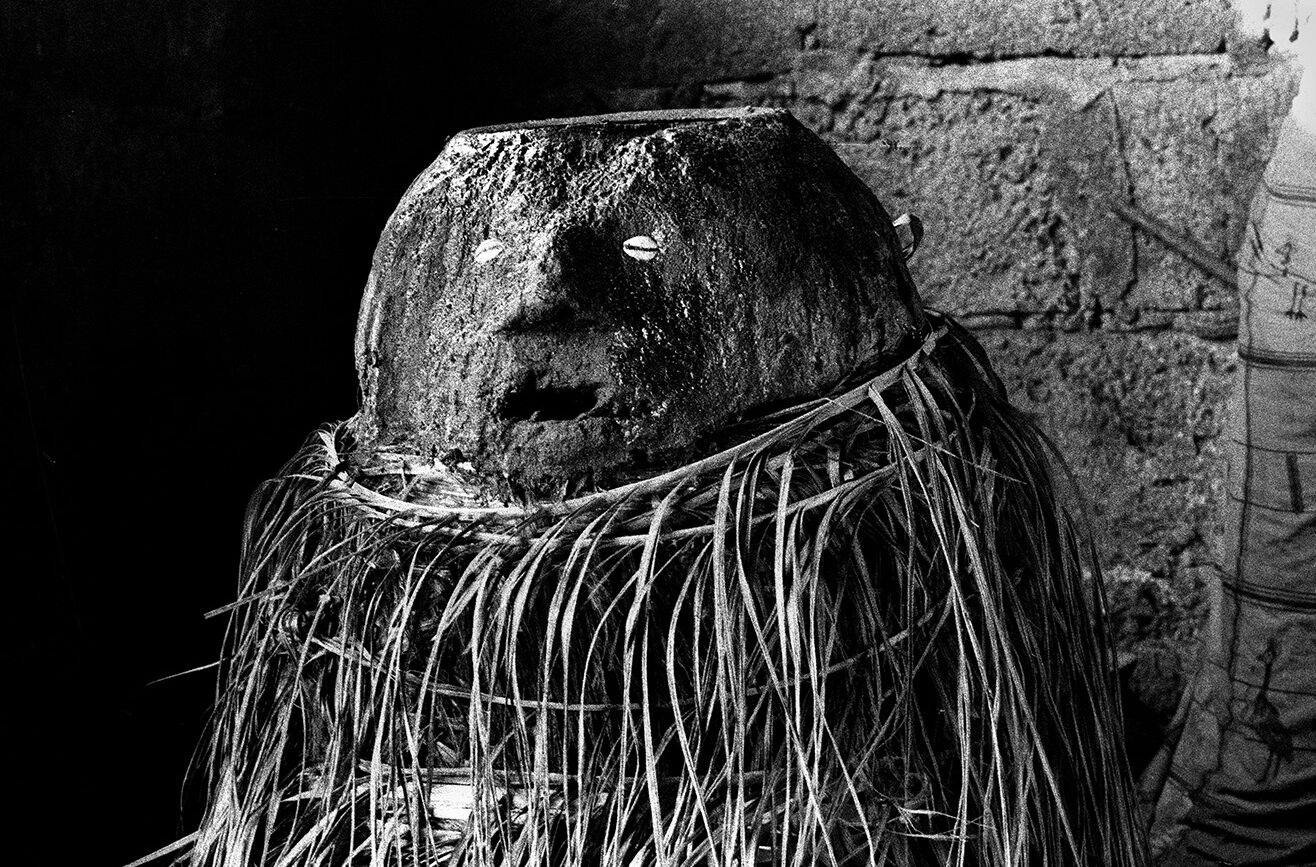 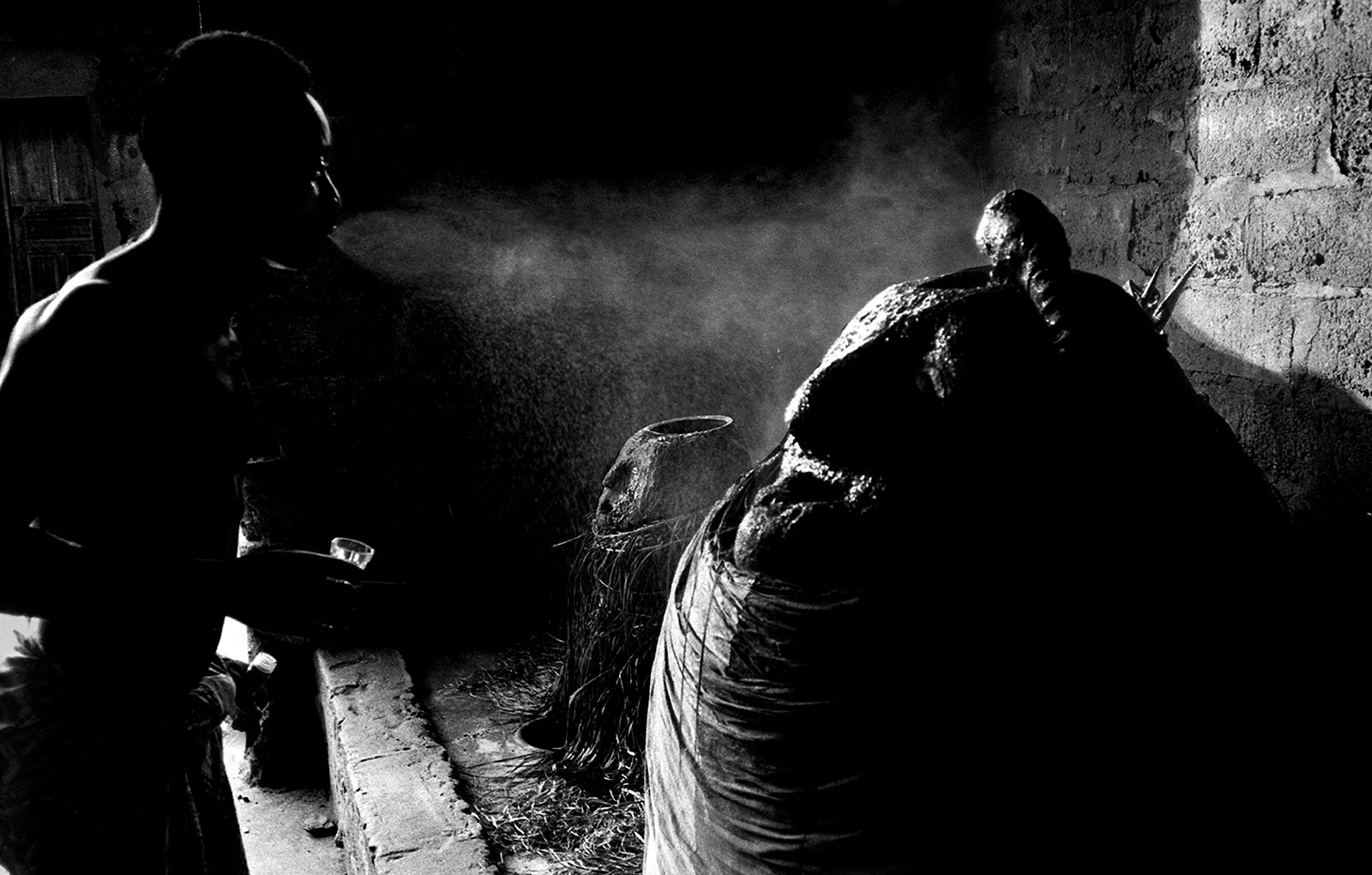 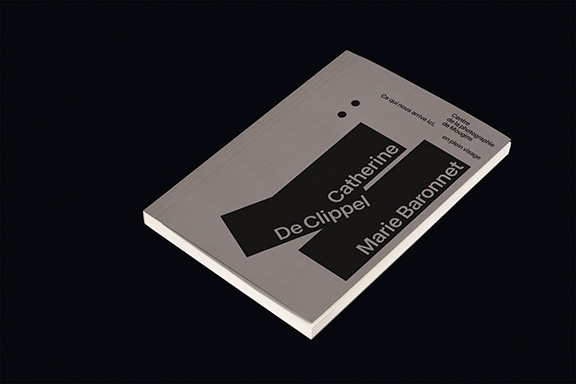 A barrier stands at the border between the United States and Mexico, a sinister defensive wall known to all. It alone embodies all walls, all refusals of the other. Elsewhere, in Fon and Ewhe countries, other markers stand in the form of earth sculptures posed directly on the ground. Protuberances that separate the living from the spirits. Between Marie Baronnet’s photographs, taken at the Mexican border, and those of Catherine De Clippel, taken in West Africa, a surprising relationship emerges. Both capture what happens between that which closes and that which opens, a beyond that sparks our (very human) curiosity. We must always understand what is hidden, what is on the other side.

On sale at Mougins Centre of Photography’s shop.

“What arrives to us here, in full face, unexpectedly, it is not the usual matter of curiosity […], this precious booty, it was not within the reach of an ordinary tourist, or even to an ethnologist of the usual model, to conquer it […] Pierre Verger does not say all, and does not show all. For he is also a wise man.”
Foreword by Théodore Monod, in Pierre Verger, Dieux d’Afrique, Paris: Paul Hartmann, 1954.

A barrier stands at the border between the United States and Mexico, a sinister defensive wall known to all. It alone embodies all walls, all refusals of the other. In Amexica, photography is a battleground, a fight between communities, cultures, countries, and, above all, a merciless struggle taking place between individuals and between genders.

In a territory surrounded with aggressive materials, contradictions cannot be resolved without clashes; an arena where, in the end, the same people always end up accepting defeat. Racial divide, class divide, here everything is opposed in a confrontation in which one of the protagonists begs and the other humiliates. A binary world: blinding daylight alternating with darkness, precarity with abundance, city with desert, DIY with sophistication, militia with coyotes, as if this part of the world only operates in schematic terms! But under the full moon, in the alternance between day and night, it is obvious that a battle between two forces, two impulses, is being played out: between life and death, between love and hate. The dividing line clearly indicates the territory of the master and the territory of the weak.

On the US side, the wall is the starting point of a generalized psychosis, a denial of reality shared by a fearful community. The enclosure is just a question of ‘protecting people against crime’. The wall becomes sacred. The construction that is meant to be ‘impenetrable, beautiful and solid’ (Donald Trump), planned over 3,200 kilometres, sets out the limits of civilization versus the ‘wetbacks’, or modern Barbarians.

In a photographic series dedicated to the representation of the apocalyptic reality at the Mexico–US border, Marie Baronnet doesn’t leave anything hidden. Through her use of strong, often contrasting colour, combined with a dusky tonality, she draws out the nature of a conflict that rips apart communities in which the differences between contradictory aspirations are irreconcilable. Everyday moments captured by the photographer are simply juxtaposed with other scenes that render the process intelligible – the apartheid created by the wall. It is vital to describe, portrait by portrait, all the protagonists of the drama to better understand what is taking place.

Every day is Saturday